I own several Victorinox Swiss Army knives, but after doing some reading, I became intrigued with a few of Wenger’s offerings. I decided to take the plunge with the EvoGrip S557 because it had nearly every tool I wanted and very little I didn’t, which is a pretty rare thing when you’re picking out an everyday-carry Swiss Army pocketknife. I’ve owned it for a couple of years now, and while I like the knife, it ultimately hasn’t seen much use as I had expected due to just barely falling short in a few key areas.

Let’s start with the positives, though. At 85mm long, this knife is a little bit smaller than the standard 91mm Victorinox knives. I really like the feel of it in my hand, especially coupled with its contoured scales and textured grip. That grip also helps to avoid the scratches that Victorinox’s standard cellidor scales are so prone to getting.

This knife is a who’s who collection of all the tools that are unique to Wenger in their 85mm line along with several standard ones. To the best of my knowledge, Victorinox doesn’t have any locking blades in its 91mm product line, which makes the Wenger S557 one of the smallest Swiss Army knives to have a locking blade. The locking mechanism also feels sturdier than the slide lock on my Victorinox WorkChamp 111mm knife, and even though the locking mechanism protrudes from the top of the knife, I haven’t had any issues with it getting caught in my pocket. The S557 has unique slip-joint pliers as well as serrated scissors. And of course, the wrench. All of this in a package smaller than the Victorinox Champion Plus was a very appealing thought, as I rarely have a need for the saws or magnifying glass in that knife, but I can constantly find uses for a wrench and pliers. I also prefer having an inline Phillips head screwdriver versus one on the back layer (such as what you’d find on the Victorinox Deluxe Tinker), as it greatly facilitates the screwing motion.

What kept me from using this knife as my everyday carry, however, were all problems relating to the the ease of usability. First and foremost, several of the most common tools are extremely difficult to deploy, namely the scissors, screwdriver, and wrench. The screwdriver and wrench were simply so tight that I often bent my fingernail trying to get them out. They have loosened up a little with use, but they are still frustrating to deploy compared to my Victorinox models, where all the tools have about the same resistance and deploy easily. The scissors are probably the most frustrating, though. Because of where they are located behind the pliers, they are nearly impossible to get out if my fingernails are trim. I have to push against the scissors and then pry them up, which often times doesn’t work on the first try.

The slip-joint pliers, while useful sounding on paper, proved to be more of a frustration in practice. They regularly slip out to their wider setting when trying to put them back into the knife, which prevents them from closing properly.

The most disappointing aspect of this knife, however, is probably the wrench. I’ve still found it useful from time to time if I have a nut very close to the edge of whatever it’s holding together, but that’s about it. With the wrench situated in the very middle of the knife instead of along an outer row of tools, you cannot lie the knife flat against something to hold the wrench onto a nut. This means that if the nut is located more than about 1″ from the edge of whatever it’s holding together, you can’t get a good grip on it (and if it’s a small, short nut – forget it. You won’t be able to get ANY bite on the nut).

This knife does many things well – it has a locking blade with a sturdy mechanism, a large collection of useful tools without a lot of extra “fluff” features, and pocketable-size with comfortable, good-looking scales. But ultimately it falls just short of the mark with the implementation and usability of several of its unique tools. If you can overlook those quirks, this is a solid pocketknife and one I would still definitely recommend. But if you’re easily put off by the issues I’ve experienced with my own S557, you might do well to also consider the Victorinox CyberTool 34, which is extremely similar except that it has a full-length bit driver and multiple bits in place of the Phillips screwdriver and wrench, and a second small blade instead of a nail file. There is also the Deluxe Tinker if you’re on a bit more of a budget and don’t mind having the Phillips screwdriver on the back layer instead of it being inline, along with giving up the corkscrew and wrench and getting a second small blade instead of a nail file. 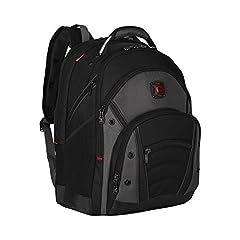 Air flow back padding Music player pocket Padded computer pocket Fits most 15"/15.4" widecreens Comfort fit back straps (as of November 29, 2020 - More infoProduct prices and availability are accurate as of the date/time indicated and are subject to change. Any price and availability information displayed on [relevant Amazon Site(s), as applicable] at the time of purchase will apply to the purchase of this product.) 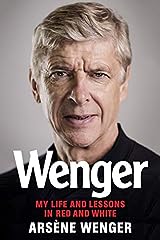 
Wenger: My Life and Lessons in Red and White

(as of November 29, 2020 - More infoProduct prices and availability are accurate as of the date/time indicated and are subject to change. Any price and availability information displayed on [relevant Amazon Site(s), as applicable] at the time of purchase will apply to the purchase of this product.) 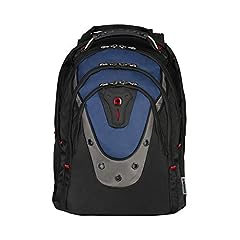 Triple Protect padded compartment protects up to a 17” laptop on all sides using three-layers of high-density foam Dedicated 10"" tablet / eReader pocket CaseBase Stabilizing Platform keeps the bag standing in an upright position when placed on the f... (as of November 29, 2020 - More infoProduct prices and availability are accurate as of the date/time indicated and are subject to change. Any price and availability information displayed on [relevant Amazon Site(s), as applicable] at the time of purchase will apply to the purchase of this product.)

Features sapphire coated mineral crystal, luminous hands, and genuine leather strap Made in Switzerland; Wenger timepieces purchased from authorized retailers are eligible for our manufacturer's 3 year limited warranty, which covers defects to the ha... (as of November 29, 2020 - More infoProduct prices and availability are accurate as of the date/time indicated and are subject to change. Any price and availability information displayed on [relevant Amazon Site(s), as applicable] at the time of purchase will apply to the purchase of this product.)

Thanks for your review. I’ve owned and used the deluxe tinker I carry in my pocket all the time except on planes and it was all I needed for everyday simple tasks . I thought of the cybertool but could not never come to terms with proprietary bits and its price. I thought of upgrading to this S557 but now it seems really just not a great idea as you second one reviewer on a popular e store pointing out the same pitfalls. Thanks so much!

I like the 557 since it has both phillips and corkscrew. I’m considering both used Wenger and the “SE” and “US2” Delemont Victorinox versions (seems like the main difference is the US2 has the Vic style tweezers/toothpick) But I’m wondering if that inline phillips is long enough. I like the older Victorinox phillips that comes across from the gray mag glass…and this Wenger/Delemont inline phillips looks even shorter than the modern Victorinox one. Like the potential issue with the wrench bing in the middle layer, having a short phillips limits the screws you can access sometimes….also wish there was a woodsaw…I can’t find an S585 anywhere…so rare….that one has no corkscrew, but you get a woodsaw and backside phillips. I really love that Wenger nail file…oddly enough probably one of the main reasons I’m looking at Wenger/Delemont knives.

Wow, I lost my super tinker a few months ago and bought the evogrip s557 today. And now im watching a review where you did something similar. Looks like the evogrip is the correct upgrade.

Oh wow, what an inconvenience of switching the pliers back to the original setting…

I ordered this knife, hate it. Prefer the Vic versions 10x. The wrench is useless. Way too small. The scissors spring looks better but doesn’t perform as well compared to the Vic versions. Only things I like better, is the bigger belly to the knife, the lock, n the scales

Thanks for that wonderfully written review. I sure appreciate it when people write cohesive, intelligent, though-out reviews like that. You answered all my questions. I’m a Victorinox guy, but I figured I’d get at least Wenger before they stop production. I ended up going with the Evo S111, but I was thinking of getting one of these as well- because like you said: “it’s a who’s who collection of all the tools that are unique to Wenger”. Cheers!

there should have been a wrench on the swiss champ. 🙁